Options to load, create and change a planned task are found via Menu > Task. These are: 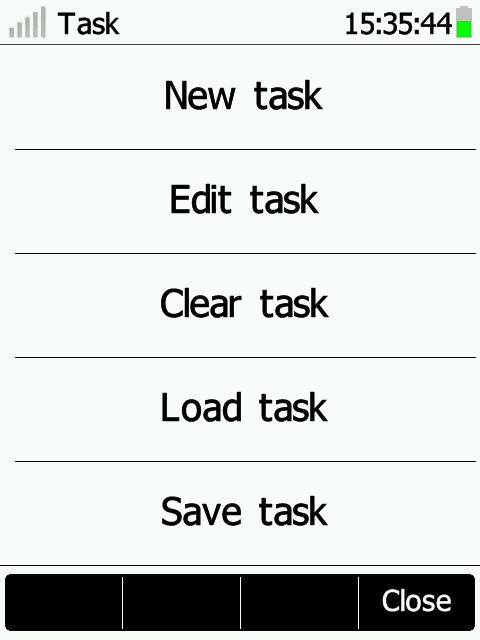 Save task - save a task to the device

Note: Be careful if you have already entered a Task, as pressing New Task on the screen will automatically Clear the currently loaded Task!

Use the Up / Down keys to scroll through the alphabet, the double arrow right key will allow you to select the next letter in the Waypoint name.

A Long Press of the double arrow right key will move the cursor backwards to change the previous letter in the Waypoint name.

When a Waypoint is selected, the hardware buttons change function in the Task Menu, offering the following options:

Note: From within the Task screen, a long press on a Waypoint displayed on the screen (not a button!) deletes that Waypoint.

The first waypoint is automatically created as a Start speed section entry.

Pressing Zone will allow you to change the Waypoint properties from Cylinder to Line, Cylinder Radius, and speed section to one of:

IGC files recorded by the Hyper are valid for paragliding competitions and world records:  http://vali.fai-civl.org/supported.html